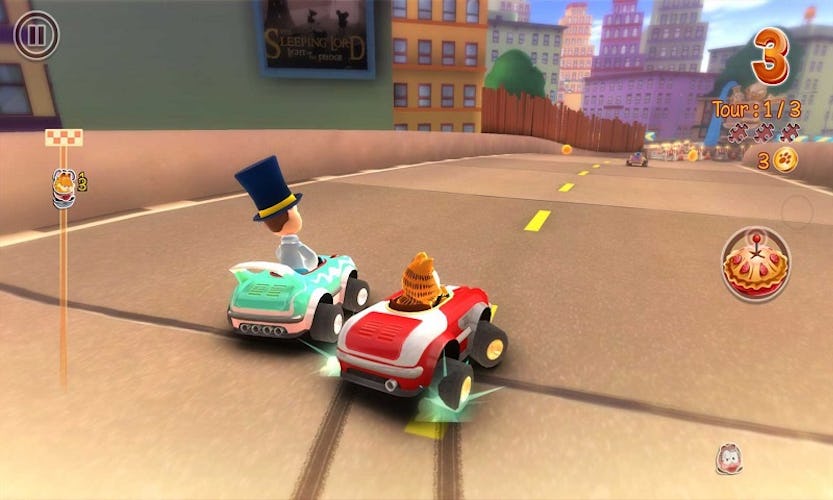 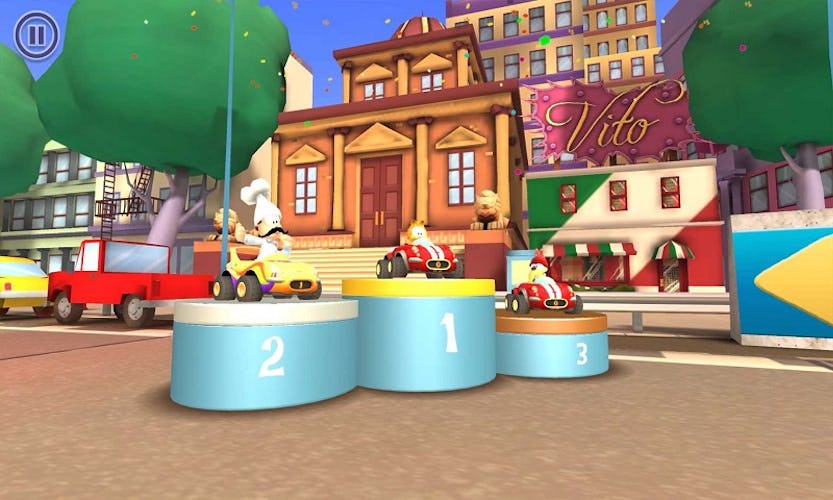 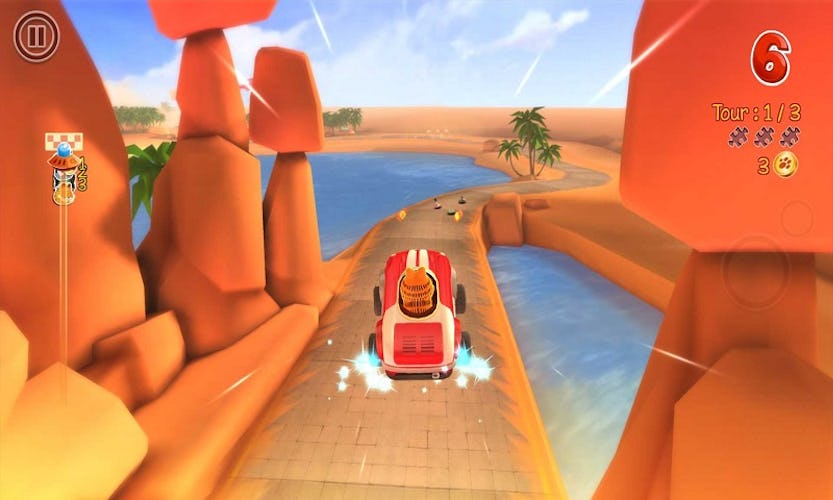 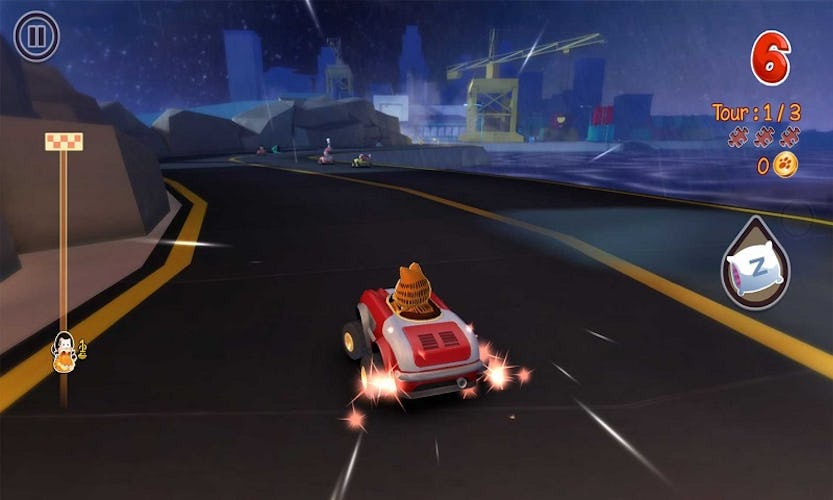 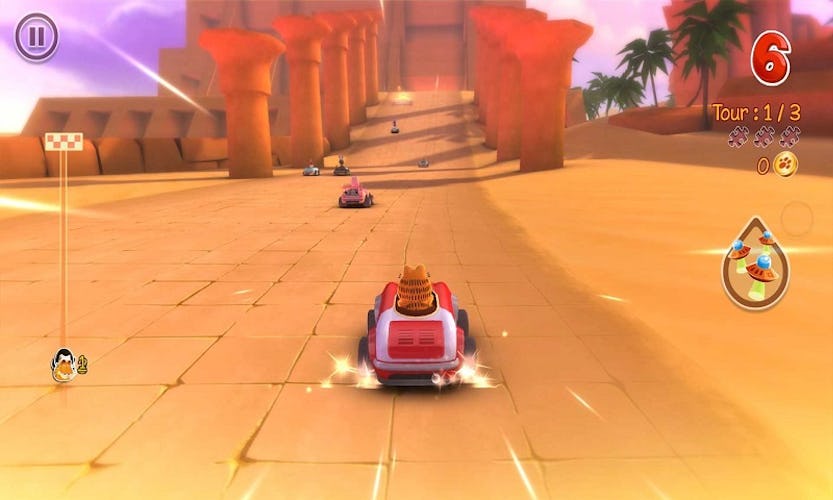 The competiveness between cat and dog cranks up a gear in the furr-ocious but brilliant, Garfield Kart! Choose to play as 1 of 8 popular characters including Garfield, Odie and Jon. Race across 16 different 3D circuits, take on a Grand Prix or invite friends to compete against in the Online Multiplayer option. For a fun-filled video racing game offering hours of entertainment, download Garfield Kart today and prove that this lazy cat knows how to move at some speed when he wants to!! FEATURES: • Challenge your friend on any device with the cross-platform multiplayer mode • Try out a new challenge every day • Choose from 8 bonuses including exploding diamonds and lasagne power boosts • 3 difficulty levels: 50cc, 100 cc and 150 cc • Customize your characters and their vehicles

To be able to play Garfield Kart you need to download our Club App that contains all our great games.